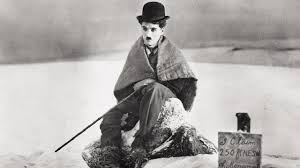 The 1920s saw a massive surge in the number of people going to the movies. Huge new cinemas were built in both Auckland (The Civic Theatre) and Dunedin (Empire De Luxe).  The most popular type of movies showing at local NZ cinemas were ‘silent’ films. Gold Rush is an example of an iconic silent film. It features a famous actor named Charlie Chaplin.
Watch the trailer for Gold Rush. On your blog, tell us what you think the movie is about. There are no words spoken movie so you will need to pay careful attention to what the actors are doing! Do you think you would enjoy watching a silent film? Why/Why not?
--------------------------------------------------
Activity 1: Popular Culture – The Silent Movie

What I really think this movie is about is that everyone that was in this film was extremely hoping to find a much more better life by searching for a lot of gold. As I was watching the movie I could see 4 people called the 4 destinies, which was:

The adventurer
The out law
The dancer
& the tramp.

So I would actually prefer not to watch a silent film:) 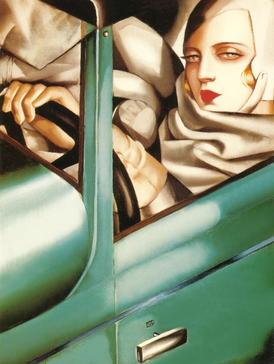 In the 1920s a new artistic movement emerged in New Zealand (and around the world). It was called ‘Art Deco.’ The picture to the right is a classic example of an ‘Art De
co’ piece. Take a close look at the painting. Do you like it?
On your blog, give the painting a rating out of 5 stars (1 star = terrible painting, 2 stars = pretty bad painting, 3 stars = okay painting, 4 stars = good painting and 5 stars = amazing painting). After you’ve rated the painting out of 5, tell us why you gave it that rating.

As I am looking at this stylish painting I am really surprised on how incredible the painting looks like. So you might be able to guess what rating I am about to give the painting. Today I am going to rate this amazing, incredible & fabulous painting a 5 star rate. The reason why I choose 5 is because it looks so beautiful as if this was just someone in a car taking a picture.

This looks so significant & incredible. Who ever drew this fantastic paintings I would love to meet you in person as you have drawn this with awesome pride. Awesome painting.